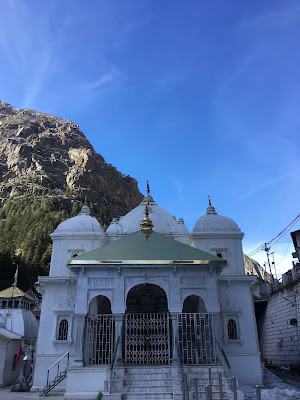 The name Gangotri conjures a feeling of otherworldliness in most of us. This extramundane destination placed in Uttarkashi is generally renowned for the four spiritual centres, or as they assert, the Char Dham spots. The pleasant journey in the hinterlands of the Himalayas is the most sacrosanct spot where Ganga, the surge of life, contacted earth for the first time. As per Hindu Mythology( which is our history ), Goddess Ganga appeared as a stream to exonerate the transgressions of King Bhagiratha's ancestors, following his extreme atonement of a few centuries. Lord Shiva at that point accumulates Ganga into his tangled locks to limit the massive effect of her fall, and as far back as the Himalayan ice sheet from which Ganga develops has additionally been called Bhagirathi. Ganga owns its legitimate name after the confluence of Bhagirathi and Alaknanda at Devpryag.    Gangotri Temple in winter December 2018 The mammoth Gangotri gathering of tops at a height of 6000 – 800
Post a comment
Location: Harsil, Uttarakhand 249135, India
Read more
More posts